Chapter 4 “Oliver and His Big bowl of Feelings” Program

When Oliver reaches home that afternoon, his dog, Mr. Silly, greets him at the gate, excitedly wagging his tail. Oliver loves his dog very much, and the two of them start playing tug-of-war with an old piece of rope.

Then his mom calls him, and Oliver is looking forward to his favorite afternoon snack, cacao tea, and bread. However, this afternoon, his mom says, Oliver, I need you to go to the village shop and buy some cacao sticks because I’m all out. Can you do that for me please? And while you’re there, can you also bring me some flour and a bottle of cooking oil?

Oliver enjoys going to the shop by himself. It makes him feel grown up to buy groceries and pay with his mom’s money. His only challenge is remembering what he is supposed to buy, other than cacao sticks. So this time, he decides to write it down, as mom has told him many times, but he never does. With a sense of pride, he runs to the shop hoping Mrs. Dewitt, the lady who owns the shop, will be there.

Mrs. Dewitt is his friend, and she always adds a treat to his groceries, like an ice pop, in his favorite flavor, cherry. You have to know that the shop is in Mrs. Dewitt’s garage, which is very convenient for everyone in Anse de Pie.

When Oliver enters the shop, Mrs. Dewitt is not there, so he walks through the shop to the backdoor and calls her name. Hello, Mrs. Dewitt, are you there, hello? Oliver hears a voice saying, I’m here, doudou, hang on, I am coming. I was watching the news while waiting on you, my next customer. 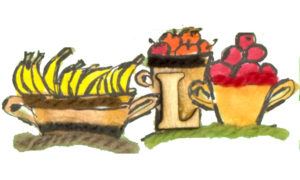 Oliver is starting to wonder why every adult is suddenly so taken by the news bulletin. He hands over his grocery list and asks Mrs. Dewitt what is going on. What’s so special about the news? Every grown-up seems to be watching it today. Can you tell me, please? I’m curious about what’s so important. She looks at him before handing him his groceries. I think you should ask your parents about that, Oliver. That would be better.

Now Oliver is really curious. He leaves the shop and doesn’t even notice Mrs. DeWitt has forgotten to add an ice pop for him. He feels confused when he reaches home and decides to talk to his parents after dinner. Oliver puts the groceries on the countertop in the kitchen and sets the change down next to them. His mom is busy in the kitchen, and Oliver does not want to disturb her. Besides, he still has to do his homework.

Oliver takes out his textbook, notebook, and pencil case and dives into his English homework. His mom softly sings in the kitchen, and Oliver writes diligently in his notebook. He wants to make a good impression with Ms. James tomorrow.

Then the silence is abruptly disturbed by someone screaming outside. Oliver runs out to see what’s happening. He sees the man who lives a little higher up in the village yelling things he can barely understand. Oliver doesn’t know the man’s real name, he only knows him by his nickname, Tallboy. As you might have guessed, he is taller than most in the village, hence his somewhat funny name. 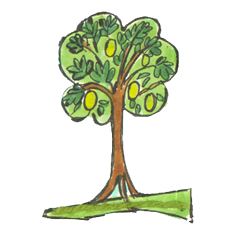 Tallboy is said to have mental problems. And although Oliver doesn’t really understand what that means, he knows Tallboy often walks in the street with no shirt on, screaming.

What Tallboy is saying today makes no sense to Oliver. Words like bats, China, and the virus, what does it all mean? Tallboy is raising his hand, and the stick in his hand flies through the air before he catches it again. He yells, watch out, people, watch out, we’re all gonna get sick and die!

Oliver is startled and runs back inside the house, feeling scared.

I am sure you have your paper and a pen or a pencil ready. Find your quiet spot if possible and take a moment to relax. Read More

When Oliver hears Tallboy yelling words he does not understand, bats, China, and everybody is going to get sick, he feels scared. So scared, he runs back into his house.

Take some time to think about a time when you were really scared. Perhaps you found a huge snake in the backyard, or someone you know was in a car accident and got injured. Writing about your feelings can really help you, try it for yourself to find out if it helps you too.

Now it is your turn to write about a time when you were scared. And, I want you to know that it helps to write it down whenever you are scared.

And remember, however you feel, it is ok, there is nothing wrong with feeling a certain way! And while you are writing your story, I want you to know that it is ok to make mistakes because everybody makes mistakes. I would love for you to share your story with me, please ask permission or help from your parents. And don’t forget to write down your name, so I know who it’s from.

Different people are scared of different things. Your little sister might find giant spiders scary or a snake. And you are perhaps afraid of the Coronavirus or a hurricane. Being scared is not a nice feeling, so let’s never make fun of somebody else’s fear.

When Tallboy starts yelling scary words that make no sense to Oliver, he feels scared and runs inside the house. He can feel something is wrong, but he doesn’t know what. And it can be scary not knowing what is going on or what to expect.

Do you remember a situation where you were scared? What did you do? Were you able to talk to someone you trust?

If you find yourself in a scary situation and there is nobody to talk to, you can use your creativity to express how you feel and why you are scared. When words are difficult, pencils or crayons and paper can be a great help.

Would you like to send me a picture of your art? I would love to see what you made. Ask for help from your parents to email or WhatsApp me a picture of it. Don’t forget to write your name on your work. 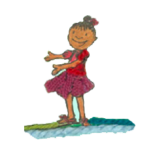 All Calm down (Picking Lemon exercise)

For this exercise we have to stand up. Read More