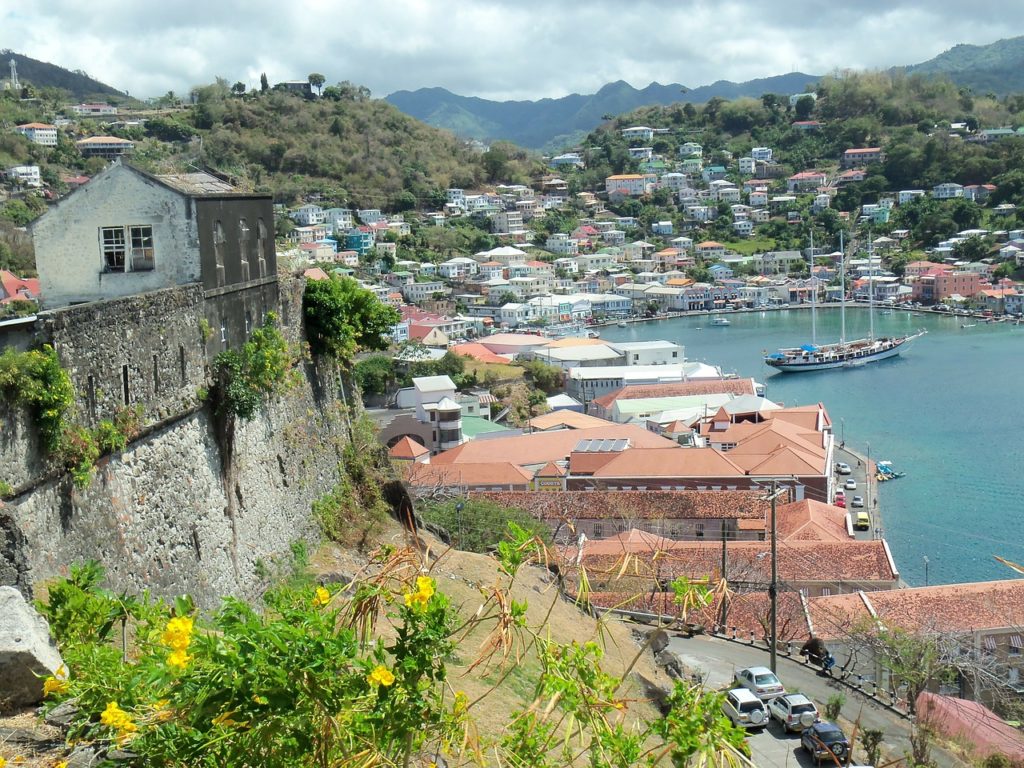 Farewell to the United Nations

When I moved in with Lifeline, the NGO I volunteered with, on December 11th 2017, I never imagined sharing a house with so many different people in the space of 4 months! Upstairs there are 3 (spacious) bedrooms; one master bedroom with a private bathroom, and the 2 other rooms share a bathroom. There is also a spacious kitchen, and living room, as well as a large balcony. The family that owns the property and runs Lifeline, lives downstairs. When I arrived, the broken windows had not been replaced, tarpaulins were still on the roof. There was no internet and no Wi-Fi and only cold water for showering.

On the day I arrived, a Canadian man, (working for Digicel one of the telecom providers) already lived here. One day he turned on the air-conditioning one night and blew all the fuses! As we are still using electricity from downstairs by means of a really long extension cord, the cord could not handle this. I was not amused at all. I though, being a technician, he would have understood that.

He moved shortly thereafter to the to neighbours’ house, and was succeeded by a nurse from England. She also moved fairly quickly to her own place. Following this, a lady from Uganda moved in. She works for UNFPA, and stayed until last Saturday, March 14th.

After the English nurse moved out, another Brit came along, from All Hands & Hearts. He only stayed 1,5 weeks as he was asked to go to Mexico to help (after their major earthquake last year). The room was empty again.

Soon after, a young man from Kenya made his way to 3 Munro Street. He works for CDAC, an organization that deals with communication after a (natural) disaster. He ended up staying until last Thursday, April 12th.

In the end, I shared the house for over 3 months with neighbours from Uganda and Kenya. We called ourselves ‘a mini version of the United Nations’, just for fun!

A lot has changed in those months. Because it rained for weeks in a row, it meant mopping, strategically placing buckets around and sometimes laying down towels –  because we did not have enough buckets. And every morning once again; mopping, emptying buckets and wringing out towels. All the while the new roof was downstairs in the living room – waiting for the rain to stop!

Somewhere at the end of January, the rain stopped and the roofers started; which resulted in new challenges. Because the tarpaulins were not always well-repositioned, the wind and rain created new leaks. Every so often, I would wake up at night feeling water dripping on my face or my toes. That meant moving the bed in order to avoid leaks. During very strong winds, it sometimes felt as if all the tarpaulins would be ripped off the roof! On one Sunday morning, the whole living room was literally flooded. I spent over 1.5 hours mopping.

It seemed as though I experienced a tiny bit of how it must have felt during, and immediately after the hurricane. Even though it is not really comparable, all my clothes, shoes etc. have all disappeared in the storm; I have lost almost all of my possessions.

Together with my two housemates, it was a special time; lots of  laughter, in-depth conversations, and we had even a Friday night tradition… only a 5-minute walk away, you could get the most delicious BBQ chicken in a little place nearby called ‘Popeye’. Soon it became our Friday night meal – and often we got more pieces of chicken than we had ordered!

We all loved cake too, and once we discovered ‘Jammy’s Cheesecake Delights’, they gained a few new regular customers too!

My housemate was expecting and gave birth to a healthy baby girl on March 14th. All of a sudden, there was a brand new , very tiny person in the house. I took some getting used to, as I do not have any children of my own … and was suddenly confronted with this new experience. At the same time, it was impossible not to fall in love with this beautiful little girl; so innocent, so sweet – and also nice to see all those mini clothes on the clothesline!

Eventually the windows were put back in, and the roof moved the living room to where it belongs. For Christmas we got internet and Wi-Fi, which was a very nice gift. And since last week, we finally have hot water – through a solar water heater on the roof. What a luxury after 4 months to finally have hot water to shower! I could have easily stayed in there for an hour. Unfortunately, this is not a luxury afforded to everyone here. Sadly, people still live in shelters, or in tents, and many houses do not have a real roof, only tarpaulins. Therefore, I feel truly blessed.

I have been here for more than 4 months, and have worked hard practically from day 1. First at International Medical Corps and now as a volunteer at Lifeline.

And …. finally, one of the boxes with stuffed animals has arrived in Dominica! Sent on November 26th (but held by PostNL), re-sent on 23rd February, and finally picked up at the post office here in Roseau. Where box no. 2 is, nobody really knows at the moment. It is still ‘in transit’, whatever that means. Soon I will start giving out the stuffed toys, but at the moment I am not sure where exactly.

It was a brand new experience for me, working for an international organisation – and living with many different people in one house all those months was not always easy. Besides your own room, every space is shared – including the bathroom. This requires a certain degree of adjustment from everyone to keep it liveable. At the same time, it was nice to bond with these strangers; it was nice to be able to discuss things and learn to problem solve together … eat together, complain about the slow Wi-Fi together, or that people back home had forgotten about the time difference …

The next phase: from ideas to a plan

Last week it was time to say goodbye to people who started as strangers, and became my friends. There were promises to stay in touch, and some even may return as volunteers at the Breadfruit House.

The house is a lot quieter now, and that feels strange. I am looking for my own place – it’s a new chapter for me, too. In terms of work, I have put the wheels in motion so I can hopefully start working on temporary or part-time projects again soon.

And I am still gathering ideas for the Breadfruit House. Step by step, that becomes a plan, a creative, inspiring centre for children.

See you again for my next blog!