Week 7 “Oliver and His Big bowl of Feelings” Program

Chapter 7 A lot of sleeping and a surprise sermon.

Oliver felt tired on the way home from market day. Remember, he hadn’t been sleeping very well the past few nights, and the sandwiches, the fresh juice, and the ice cream made him sleepy. Before they even left town, Oliver was fast asleep. Oliver’s dad looked over and smiled. He was proud of his son and happy they got to spend this day together.

After they arrived home, Oliver’s dad carried him out of the truck and put him on his bed. It was Saturday and catching up on some sleep was never a bad thing after waking up very early in the morning. Working in town in the hot sun was always tiring for everyone. Mr. Silly came looking for Oliver and lay down next to him on the floor to keep guard. Even Oliver’s dad sat down and took a nap.

Both Oliver and his dad slept for a few hours and only woke up when mom called them because dinner was almost ready. Well, well, she said, you men were obviously tired, but now it’s time to wake up. Otherwise, you won’t be able to sleep tonight. While the two of you wash your hands and faces, I’ll drop off dinner for Ms. Julia, so we can eat when I get back. Oliver, please set the table after you’ve cleaned yourself up.

After dinner, Oliver asked his mom if he could play with Mr. Silly outside for a while. As long as you stay in the yard and don’t run on the road. Okay, son? Oliver loves to goof around with his dog, with no time to think about anything else. Playing with Mr. Silly sure keeps him busy, until it’s time to go back inside and have some tea and biscuits.

Together they watch a movie on TV. As Oliver looks around the living room, he feels very safe at home with his parents and his dog by his side. And even though it’s hard, he knows he can always talk to his parents about anything. He wants to remember this feeling forever, almost like taking a picture in his mind. He can always go back to it whenever he feels like it. He snuggles up to his mom, and she puts a crocheted throw over him to keep him warm. While feeling totally safe and happy, Oliver slowly falls asleep.

Mr. Silly is licking Oliver’s face to wake him up. It’s Sunday, and Sundays are special. Oliver’s dad is always up early to do his work on the farm. He gets back in time to bathe and get dressed for church. The church service is way too long for Oliver’s liking, and he has trouble sitting still during the sermon. He’s always relieved when they get to stand up and sing, so he can sing and clap along, proud that he knows almost all of the songs by now.

But it’s what happens after church that Oliver likes the most. Sunday’s lunches are famous, and often Ms. Julia comes over to join them. Oliver is looking forward to dessert, his favorite part of lunch, actually. This Sunday, his mom made apple pie, and the best time to eat it is when it’s still warm from the oven.

It looks like everyone came to church this morning. Every seat is filled, and there’s a lot of greeting and chatting. When father Annell enters, everyone gets up and stops talking. Oliver thinks his face looks very serious this morning. Father Annell starts speaking right away, without the usual opening song having even begun. He looks at all the seats and greets everyone. 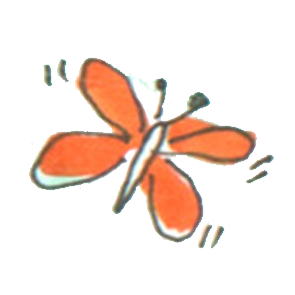 He continues to say, people, I want to address something very serious this morning. I just learned that the virus has reached our beautiful island, and two people are already sick. You can hear a pin drop. Everyone seems to be in shock. Father Annell continues by saying that they should all remain calm. By all means, don’t panic. He urges everyone to pray and listen to the prime minister who will be speaking on the radio and social media tonight.

On an ordinary Sunday, everyone keeps chatting outside, on their way to the parking lot. Today, however, people are rushing to their cars to drive home. All Oliver can think is that this is getting serious now. He does the belly breathing exercise to stay calm and not panic on the way home.

While Oliver concentrates on his breathing, he remembers how safe he felt last night, together with his parents and Mr. Silly. He feels brave when he says, mom, dad, thank you for making me feel safe, I love you. After all, it’s not easy talking about your feelings.